Hunting and Fishing in the Asheville NC area

Overview of the hunting season in Asheville NC area

Wild Boar season. Daily limit 1 and season limit 2. It is unlawful to take a wild boar weighing less than 30 pounds or to use any bait.

Turkey in the Asheville NC area

Since 1953, 6,031 wild turkeys have been released on 358 restoration sites across the state. Almost three-fourths of these birds (4,443) have been relocated just since 1990. Wild turkey restoration is now complete in North Carolina.

Since 1989, 1,744 wild turkeys have been acquired from other states (AL, AR, CT, IA, MI, PA, SC, VA, & WI) through the National Wild Turkey Federation’s Super Fund Program to supplement in-state trapping efforts. These birds were acquired at cost of $925,727 ($608,000 was funded by the NC Wildlife Resources Commission and $309,477 was funded by the NC State Chapter, NWTF). An additional 150 birds were acquired from West Virginia in a trade for 100 river otters.

The reported wild turkey harvest has increased from 144 birds in 1977, when mandatory reporting began, to 8,846 birds in 2004. The first winter harvest in over three decades was held in nine counties in January of 2004 with 181 birds being reported for a combined total harvest in 2004 of 9,027 birds.

North Carolina’s population of white-tailed deer is estimated at 1.1 million animals. The state had a growing population of white-tailed deer until either-sex seasons were liberalized in the early 1990s. This liberalization of either-sex seasons across most areas of the state allowed for increased opportunity for sportsmen/women to harvest antlerless deer. The population trend of our state’s deer herd quickly stabilized and has actually started to decrease for most areas of the state. However, there are areas throughout the state where localized populations continue to increase. Those areas where populations are rapidly increasing are typically urban/suburban areas where the utilization of hunting as a management tool has been greatly hindered.

It is estimated that only 10,000 deer inhabited the state in 1900. North Carolina's major efforts to restore our state's deer resource took place in the 1940s through the 1970s. Our state's restoration program was responsible for stocking approximately 4,000 deer throughout the state.

The cost of our state's white-tailed deer restoration program has been conservatively estimated at $1.2 million (in 1950-1970 dollars). Today, North Carolina sportsmen/women spend approximately $311 million on deer-related hunting expenses every year.

North Carolina has a strong black bear hunting heritage dating back to colonial times. Early colonists relied on bears for food and hides to feed and clothe their families.

As early as the 1800's, North Carolinians developed strains of hounds used to pursue black bears, and these hounds quickly became world-renowned.

Beginning in the 1930's, hunters and conservationists pushed for bear hunting regulations and for the creation of a state wildlife resources agency to manage wildlife and enforce wildlife laws.

Sanctuaries allow populations to grow while providing hunting opportunity on surrounding areas. Currently, we have a system of over 500,000 acres of NCWRC "designated" black bear sanctuary with hundreds of thousands of additional acres of lands set aside as "De Facto" sanctuary because landowners chose to limit or restrict hunting.

“Do bears really hibernate”?  This is a question I often hear from the general public and even other wildlife biologists.  When I answer yes, many people next ask, “do they really hibernate in North Carolina, or is this just a northern behavior”?  Well, the answer is that bears hibernate throughout North America and certainly in North Carolina.  However, the process is very different from what is considered “normal” hibernation exhibited by rodents and bats.

To understand this issue, we first need to define the process of hibernation.  In its simplest definition, hibernation is a specialized reduction in metabolism brought about by low food availability and/or low temperatures.  Several body changes can occur during hibernation.  These include lower heart rates, constriction of blood vessels, suppressed shivering, reduced breathing, and lower oxygen consumption.  Another process common during hibernation is known as adaptive hypothermia.  This is a process by which an animal lowers its body temperature in order to conserve energy.  Different species may utilize different degrees and combinations of the previously mentioned metabolic processes.   Many species of rodents and bats drop their body temperatures very dramatically, some to near freezing.  Bears on the other hand only drop their body temperatures by 10-15 degrees in most cases.  As a result, bears are somewhat wakeful sleepers and are capable of abandoning a den if seriously disturbed whereas many rodents are so deep in hibernation that they can be handled without waking.

Most hibernating mammals, such as woodchucks (ground hogs to most North Carolinians), must arouse from hibernation periodically to feed, urinate, and defecate.  Herein lies the main difference in bear and rodent hibernation.  Bears have the ability to remain stationary for longer periods than rodents without feeding or eliminating waste.  In northern areas of the U.S. and Canada, bears hibernate as long as 8 months without moving from their den.  In the South, bears exhibit the same characteristics, only for shorter time periods.  The build-up of waste that bears somehow process would kill most animals if they did not arouse from hibernation to handle normal bodily functions.  Furthermore, the long periods of inactivity would result in degradation of bones and muscles for non-hibernating animals.  Bears however exit their winter dens strong and healthy after long periods of inactivity.  Whatever you call the process in bears, it is a truly remarkable physiological achievement.  Medical doctors are attempting to understand bear hibernation better in order to help patients suffering from kidney dysfunction and bone degradation.

What about bears in North Carolina?  Based on hundreds of radio-collared black bears studied across the state, we know that the vast majority of our bears hibernate. Females typically hibernate longer than males.  North Carolina’s bears just do it for shorter time periods than their northern cousins.  Bears studied in eastern North Carolina by radio-telemetry entered dens as early as November and as late as January.  These same bears exited dens as early as February and as late as April. This results in the possibility of bear sightings and roadkills in all months and the misconception that coastal bears do not hibernate.  Only human disturbance interrupts these periods of hibernation in North Carolina’s bears.

Female bears give birth during hibernation and nurse their cubs through a period of helplessness.  The female “hibernates” throughout the entire process, and unless disturbed, she will not leave the den until she brings her cubs out of the den in the spring.  By that time, the cubs can walk and follow the mother as she feeds.

The next time someone says black bears do not “hibernate”, please tell them that whatever you wish to call the process, bears do enter a long period of physical inactivity and exhibit some amazing physiological responses to low food availability and temperatures.  In many ways, their ability to hibernate for long periods without feeding or eliminating waste is more advanced and remarkable than what has been considered “normal” hibernation involving periodic arousal to move about and feed.

Selling Your Florida Home During The Holidays

3 ways to avoid selling your home

Plant blooms in your new home

Eviction Moratorium extended in North Carolina for renters and landlords 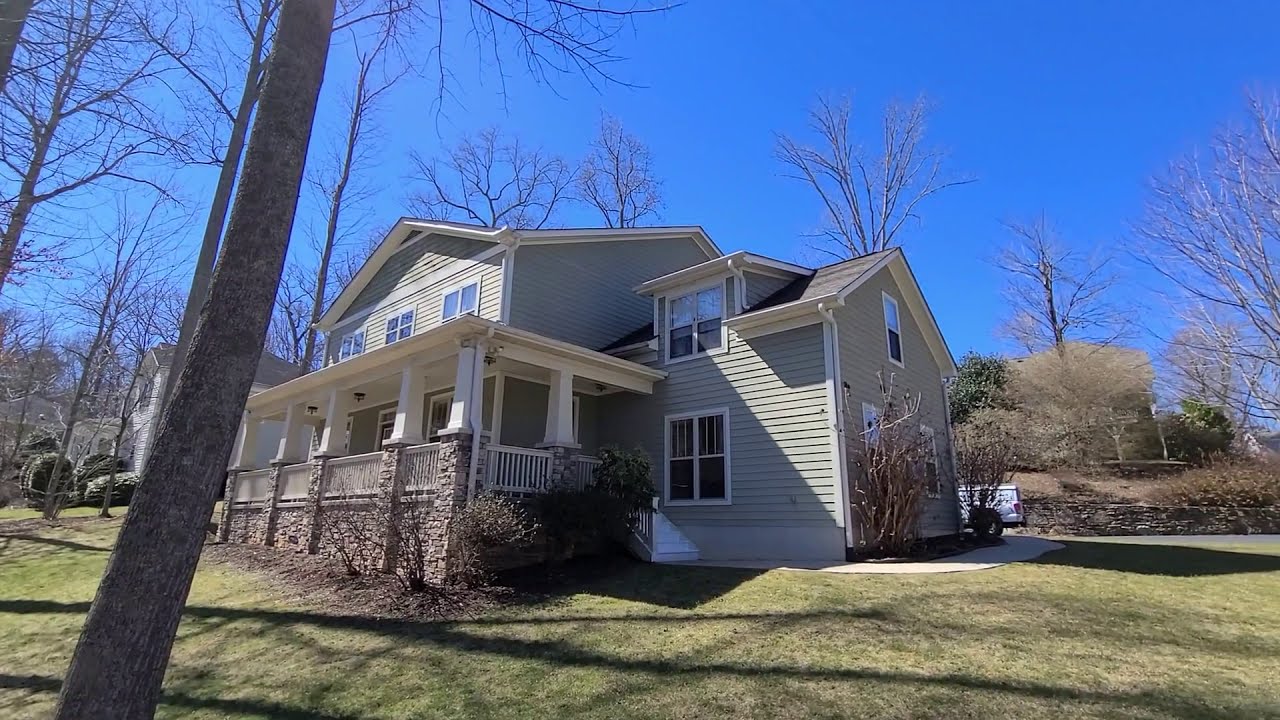 Clean Up Those Bathroom Bottles When Selling